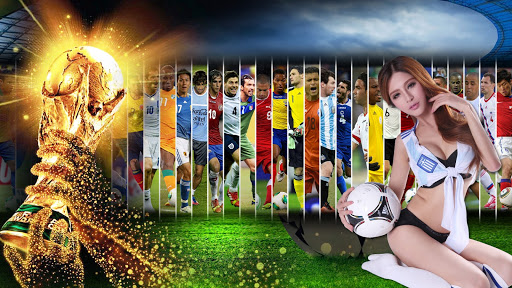 In this article, we have compiled a list of the top Sporting events on which people from around the world bet at an international level, raking in millions and billions for the sports betting industry.

Sports betting is a huge international business as this industry can produce billions of dollars annually and fans love betting while watching their favorite athletes and teams. But can you guess its most popular sporting events globally? Here’s a look at them.

Nothing outperforms football when it comes to betting. The World Cup is held every four years and draws a global audience of nearly four billion people. The overall global betting turnover for the 2018 World Cup in Russia was projected to be mind-boggling €136 billion, setting a new sportsbook record. Bettors from all over the world place their bets on it. Betting on the FIFA World Cup is expected to be worth $260 million.

Every year, Super Bowl – the most famous match takes place. Even though the Super Bowl is largely an American event, it generates a lot of betting interest worldwide. The most prestigious football game globally created nearly $8 billion in wagers for the 2020 edition. However, it should come as no surprise, given that online betting sites and the best PA sportsbooks generate hundreds of props for the Super Bowl alone.

Who would have guessed that college basketball will bring in over $7 billion in wagering? If you refer to sportsbooks in the United States, March Madness is worth exactly that. Nearly 70 games make up the annual college basketball tournament, where potential NBA stars showcase their talents to the general public. According to the American Gaming Association, the amount of money bet throughout the tournament is an estimated $7.5 billion of betting.

The Grand National is Britain’s horse-racing extravaganza. It’s a massively popular event attended by the Royal Family and other A-list celebrities and actors. It attracts 600 million viewers, making it the planet’s most-watched television sporting spectacle. The 2017 Grand National is said to have had wagers exceedingly nearly $400 million!

The Kentucky Derby is one of those longest-running sports events in the USA. The race takes place at Churchill Downs in Louisville, Kentucky, on the first Saturday in May. On NBC, the 144th Kentucky Derby attracted 16.2 million viewers. The 2019 Kentucky Derby drew a total of $250.9 million in wagers from around the world, including $4.1 million in Japan, where Kentucky Derby betting was available for the first time.

There are a lot of professional bettors currently who only play huge and often risky bets. If you are not an everyday bettor, you probably place a bet during one of the most popular sporting events. If that is the case, this article will be useful to you.